What is Biomass Energy and What are its Sources ?

Biomass is a renewable organic resource that is derived majorly from plants and animals. Biomass has been an important fuel, especially for cooking and heating in many developing nations. To decrease the emission of carbon dioxide many developed countries have resorted to the use of biomass energy as fuels for transportation and also for electricity generation instead of using just fossil fuels.

Biomass carries a stockpile of chemical energy from the sun. Plants have always produced biomass through the process of photosynthesis. Biomass can be directly burned for heat or converted to renewable resources in liquid and gaseous states which can then be used through various processes.

A few biomass sources for energy are as follows:

How is Biomass converted to be used as an Energy Source?

Biomass is converted to energy through various processes which include the following:

1. Direct Combustion – It is the most common technique for converting biomass to useful energy. All biomass can be burned directly for heating buildings, water, also for industrial process heat and for generating electricity in turbines.

2. Thermochemical Conversion – This type of conversion of biomass includes “pyrolysis” and “gasification”. Both are thermal putrefaction processes in which biofuel materials are heated in closed and pressurised vessels known as “gasifiers”, at very high temperatures.

3. Chemical Conversion – It is a process also known as “transesterification” which is used for converting or transmuting vegetable oils, animal fats and greases into fatty acid methyl esters (FAME), which are further used to produce biodiesel.

4. Biological Conversion – This conversion includes fermentation of biomass into ethanol. Ethanol as we all know is used as a vehicle fuel. Renewable natural gas also known as biogas or biomethane is produced in sewage treatment plants and at dairy and livestock houses. It also forms in and captured from solid waste landfills.

Pros and Cons of Biomass Energy

Biomass energy has been used in numerous forms long and well before people really knew or spoke about energy conservation or sustainability etc. As a carbon neutral fuel, it scraps off many of the environmental issues related with fossil fuels, also it has other advantages besides only this. On one level it seems to offer the perfect solution to a lot of the concerns caused by our use of non-renewable energy sources.

This raises the question of why biomass energy hasn’t been widely adopted around the world. Let’s take a closer look at the advantages and disadvantages of this particular source of energy.

1. Renewable energy sources are those that can be recycled after use. As a lot of biomass fuels such as wood and plant life can be regrown, it falls under the category of renewable source although it might take some time to regenerate.

2. The quantity of carbon that is released into our Earth’s atmosphere is a major contributor to climate change. Biomass energy lowers this because as we know the fuel is a natural part of the carbon cycle, unlike other fossil fuels. The only carbon that is released into the air from biomass fuels is what was originally absorbed by the plants during their own life cycles, as these plants grow back as new plants which then absorb that particular amount of carbon again, creating a cycle where no new carbon is created. This makes biomass fuels very clean and attractive for use.

3. Biomass energy reduces the planet’s dependency on fossil fuels as the more we use this energy source, the less we need to depend on crude oil, palm oil, petroleum etc. which for centuries have been the major contributors to environmental degradation.For example, biomass can be processed to make biodiesel which can power vehicles, but it can also be used to farm methane gas and a range of other biofuels

4. Biomass fuels are abundantly available on the surface of the Earth. Just like sunlight and water, they can be found anywhere and everywhere.

5. Biomass energy is a cost efficient source of energy as compared to oil which can only be extracted by drilling. It becomes a costly affair and transporting fossil fuels is another challenge whereas biomass is easily movable.

6. A lot of the waste that we produce is biodegradable and plant matter, which could be put to more efficient use elsewhere.

7. Biomass fuelling can also shake up the orthodox corporate structures and can also take the control of energy production out of the hands of these greedy multi national companies which would mean that people no longer need to bow down in front of power companies and their absurd charges.

1. Although biomass is a carbon neutral fuel source, it cannot be labelled as a completely clean source of energy. Burning wood does actually create other kinds of emissions if we look closely. Even if the effects are not as drastic as of the fossil fuels it can still pollute the local environment.

2. Time is a major factor while assimilating the cost of extracting biomass fuels. It is generally lower than most types of fossil fuels but exceeds those of many other forms of renewable energies because of the factor of time consumption.

3. Although renewable they are very high on maintenance and have a risk factor attached to it. Failure to maintain can easily lead to hazards like widespread deforestation or animal species extinction which then becomes a major environmental issue.

4. Enormously large spaces are needed to cultivate the materials that are used in biomass energy. This space is not generally available, especially not near cities.

5. A big disadvantage of biomass energy is the quantity of water needed in producing biomass. As we know, all plants need water to live, which implies water must be available at all times. Not only does this increase costs, but also produces water scarcity among wildlife.

The use of biomass energy has a great potential of reducing greenhouse gases. We as a generation need to re-think traditional approaches to these renewable energy sources to combat the scarcity of fossil fuels and its repercussions in the future. 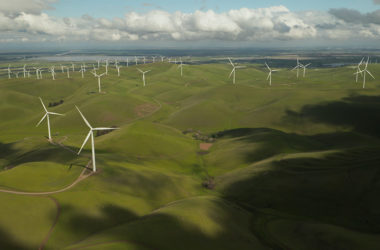 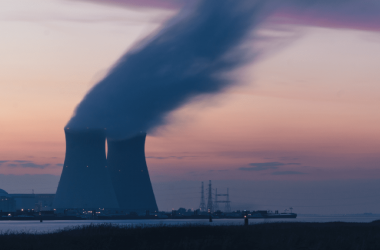 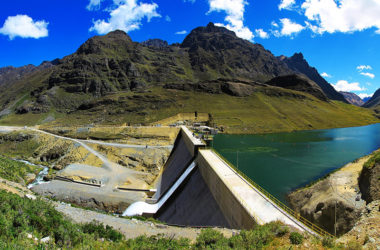 Hydropower is another source of non renewable energy which is an indirect form of solar energy. Hydropower is,…